Visitors to Than Bok Khorani National Park can take a dip in an emerald waterfall before kayaking to view haunting 3,000-year-old cave paintings. Spanning a sharp ridge of limestone mountains and coastal mangrove forest in northern Krabi province, the park makes for a worthwhile day trip. 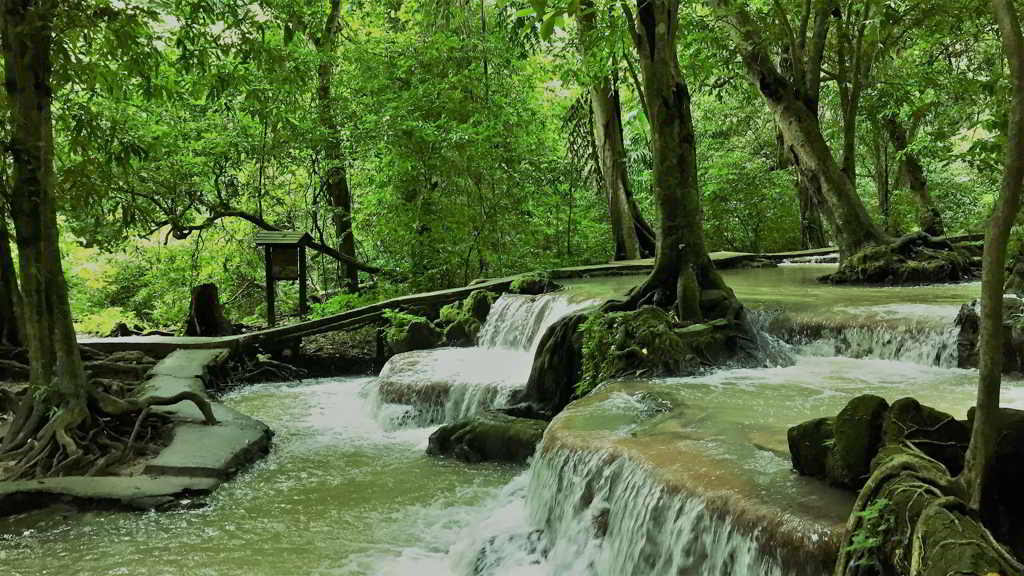 Covering over 100 square kilometres in all, the park is broken up into several different patches scattered mostly around the towns of Ao Luek, Bor Thor and Laem Sak, around 50 kilometres north of Krabi town. Ko Hong and several other small islands are also overseen by Than Bok Khorani, but these are much further south and rarely visited on the same day as the mainland attractions. 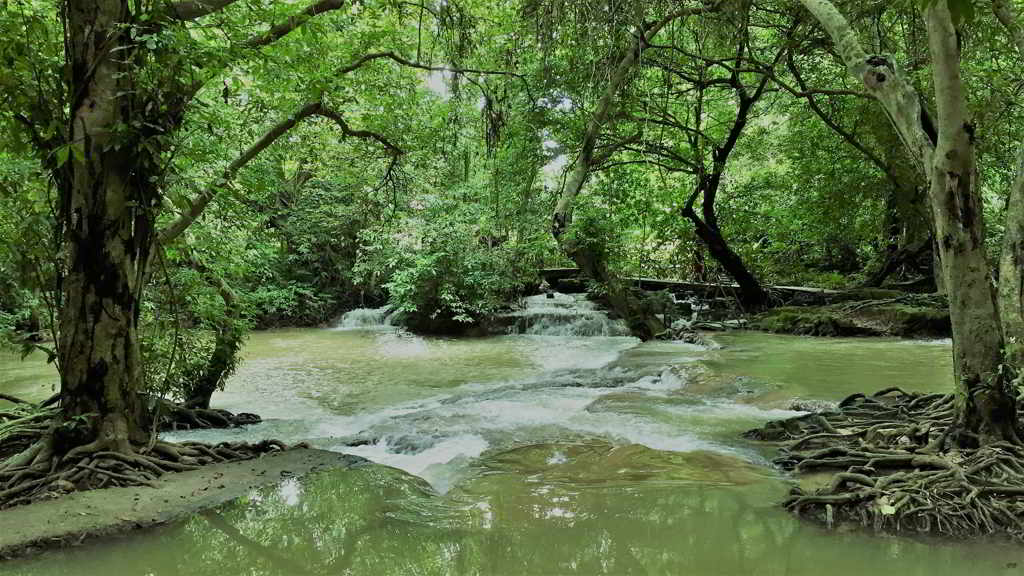 At the Visitor Centre just south of Ao Luek, a nature trail leads straight to the park’s namesake attraction: Than Bok Khorani Waterfall. Draped in long rattan leaves and bamboo groves, the roots of dectarocarp trees reach into a wide stream coloured a cloudy emerald by calcite deposits from the nearby mountains. 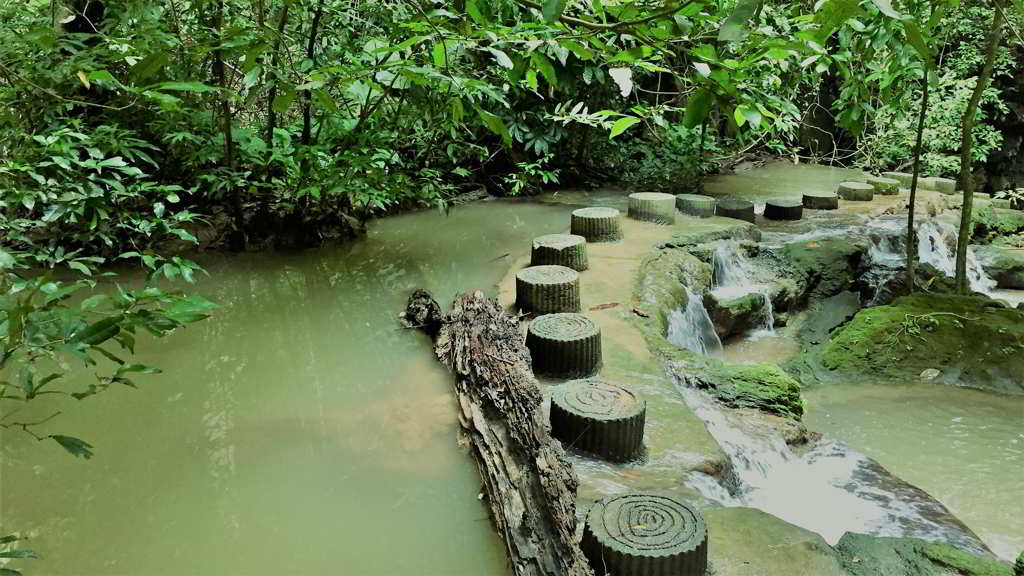 Especially on weekends, locals flock here to relax and swim in pools that are believed to have therapeutic qualities. 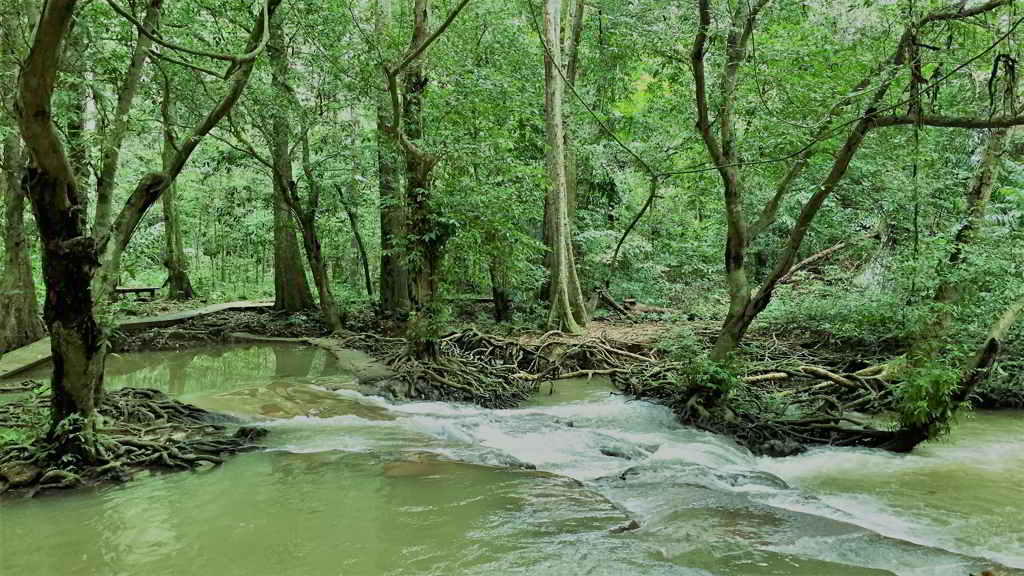 None of the waterfall’s several tiers are more than a couple of metres high, its allure coming more from the larger picture of natural beauty. Walkways encircle the various pools and access a shrine where locals set off fire crackers, temporarily interrupting the serenity, as offerings to the resident spirits. 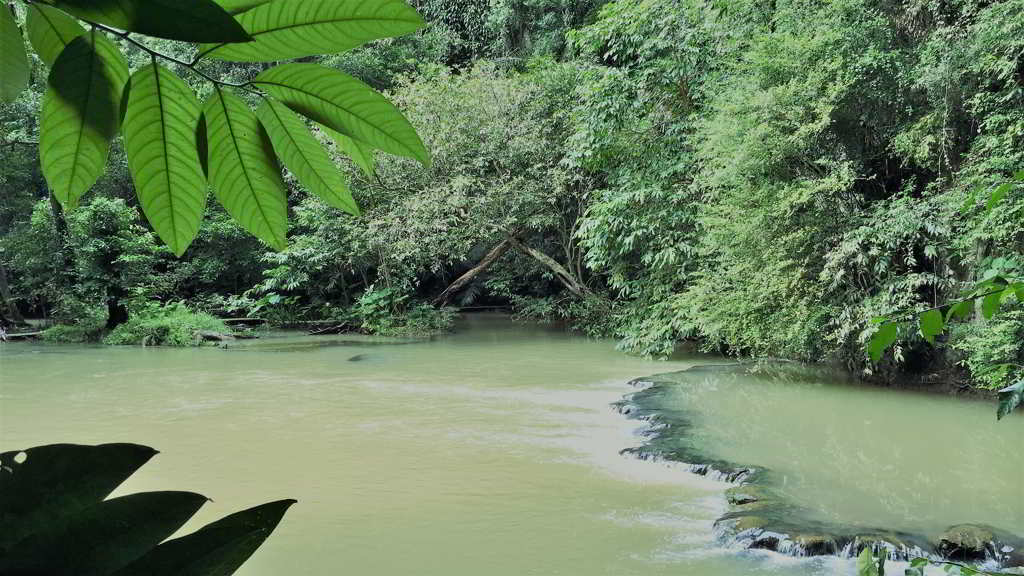 DISTANCE – 50 km Away from Ao Nang